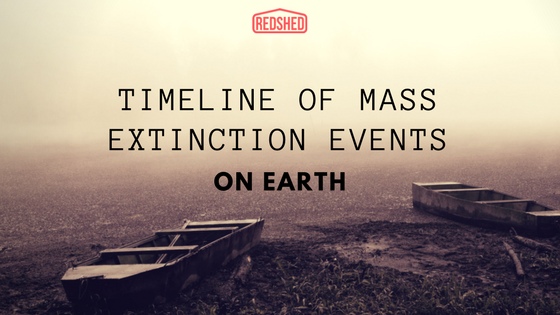 The Earth is witness to a number of extinctions. But among all these extinctions, five made the most impact. Experts refer to them as Mass Extinctions or the Big 5.

Mass extinctions are complex phenomena. But this does not stop us from understanding how they have come to and how they work. Mass extinction by definition is a massive loss of life on a global scale.

1. Some extinctions that happen so fast that living creatures fail to adapt.

2. While other extinctions take effect for hundred to thousands of years. Thus killing life slowly, but surely.

It may not strike the general population as important. But learning the cause and effect of each mass extinction event leads to increased human awareness in history and more importantly, survival.

We created a table to show the sequence of mass extinction events starting from the big bang and two other significant events that are essential to understanding the timeline of extinction.

Plant life has dominated the world to a point that the balance of oxygen and carbon dioxide in the atmosphere is affected.

See:
Plants take in carbon dioxide and give out oxygen.

Since plants are the dominant life forms, they absorbed way too much carbon dioxide. Consequently, they gave out way too much oxygen. The over-abundance of oxygen led to a drastic decrease in global temperature. This caused an imbalance in the living conditions of this period’s current living population.

During the Ordovician-Silurian period, graptolites, brachiopods, and trilobites composed most of animal life on the planet.

Whenever an extinction event transpires, you should usually expect an evolution of life that follows it. However, no significant animal evolution was recorded in the Ordovician-Silurian Extinction.

Trilobites survived the previous extinction thanks to their hard exoskeletons. And as mentioned, there are no notable evolutionary adaptations have occurred afterwards for animal life. 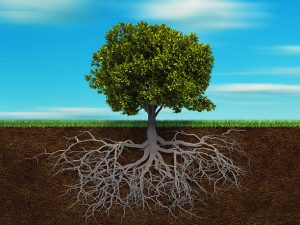 What evolved from the Ordovician-Silurian Extinction are plants. Since they have dominated life, they are now in competition for food source amongst themselves. This caused them to grow to humongous sizes. These gigantic plants naturally would have roots twice their size.

These enormous roots released nutrients in the oceans. These nutrients are so abundant that they fed algae. Algae in turn soaked up most of the oxygen in the ocean. This resulted in depletion of animal life. Including recently emerging amphibians which would have dominated the land.

Nothing important. Just the fact that humans might not have existed today if the ichthyostegalians (from which we all evolved) had not evolved from elpistostegalians that did not survive this extinction period.

Also known as “The Great Dying”, an astonishing 96% of species have all been extinct. During this period, chains of massive volcanic eruptions emitted a lot of carbon dioxide. The abnormal concentration of carbon dioxide became a food source for bacterias, an, in turn, let out methane.

How the remaining 4% of remaining species survived this total annihilation is still a puzzle considering the fact that the atmosphere may have been so heavy and even the oceans turned acidic.

The combined reckoning of climate change, flood basalt eruptions, and asteroid impact resulted in an approximately 50% loss of life over the course of some million years.

Plants managed to survive. How they withstood the three bombardments is the story that may never unfold.

Triassic–Jurassic extinction appeared to be the calm before the storm. The same catastrophic events would later reappear to claim lives. Only this time, roughly 24% of life on earth lived to tell the tale.

Wait! I thought there were only five?! 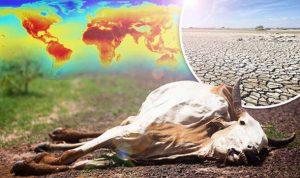 As much as I hate to admit it. This is the only way I could reach you. Though this is not yet proven and the matter is still under research by the scientific community, it appears that we are currently experiencing a mass extinction event.

The source? Human activity. We are causing subtle effects in climate and reports of increased extinction in plant and animal species–and believe it or not, 100 times faster than how it’s supposed to be. Global warming, industrialization, etc etc…

What do we do?