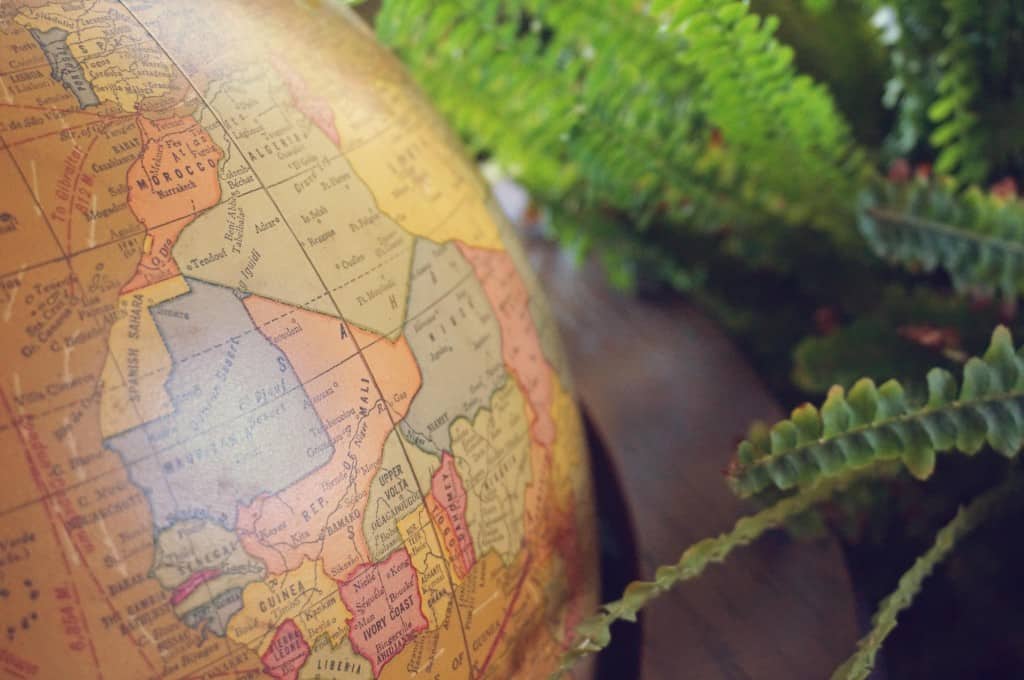 We see plants are everywhere, in fact there are 321,212 species of plants existing around the world. Some of them were never really aware of, the tools to plant them and where they usually grow. In fact, there are some people that made the world records. Here are some lists to be familiar of:

Up until the late 1970’s, the oldest living thing was thought to be a tree called the bristlecone pine (Pinus longaeva), living for nearly 5,000 years high in the White Mountains of California and the Snake Range of eastern Nevada. Then, Dr. Frank Vasek of the University of California at Riverside investigated the strange, circular growth patterns of a flowering shrub called creosote bush (Larrea tridentata) in the Mojave Desert. Dr. Vasek proved that each giant ring of shrubs came from its own ancestral shrub that once grew from the center of the ring. The interesting circular growth pattern can be explained by examining sections of creosote bush stumps (stem crowns) at the base of the shrubs.

There are several documented records for the oldest viable seeds. The most recent record (June 2005) is the seed of a date palm (Phoenix dactylifera) that was discovered during an archaeological excavation at King Herod’s Palace on Mount Masada near the Dead Sea. Nicknamed “Methuselah” the palm that sprouted from this ancient seed has been Carbon-dated at about 2,000 years old. Since date palms are dioecious, it is not known whether the palm is male or female. Another seed viability record is the Asian water lotus (Nelumbo nucifera) in which a seed from China was successfully germinated after 1,200 years.

The most massive organism was reported in December 1992 to be a network of quaking aspen trees (Populus tremuloides) growing in the Wasatch Mountains, Utah, USA, from a single root system, covering 43 ha. (106 acres).

The earliest surviving species of tree is the maidenhair (Ginkgo biloba) of Zhejiang, China, which first appeared 160 million years ago during the Jurassic era.

The Most Beautiful and Largest Flower Garden in World

Castor oil plants can be found in houses and gardens all over the world, despite the fact that their seeds are actually very dangerous. The seeds harbor an incredibly toxic chemical called ricin, and a lethal dose is considered to be in the range of 4 to 8 seeds. Ingestion of the seeds can lead to burning sensations in the mouth and throat, intense abdominal pain, and bloody diarrhea within 36 hours, and can lead to death within 3-5 days if left untreated.

The yellowish-olive Death Cap (Amanita phalloides), which can be found in Britain, is the world’s most poisonous fungus, responsible for 90% of fatal poisonings caused by fungi.

The world’s longest carrot measured over 19 feet! Gardener Joe Atherton of Nottinghamshire, England, grows his carrots in plastic tubes, filled with a compost mix, set at a 45 degree angle, with watering holes placed at precise spots for maximum nutrition and drainage. One of his many tubes produced the record-setting root in 2007, after 14 months of growth.

In 2003, Aharon Shemoel grew a lemon that weighed 11 pounds, 9.7 ounces in his orchard at Kefar Zeitim, Israel. It appears to be a conjoined twin.

The Lloyd Bright family grew a watermelon in 2005 that weighed 268.8 pounds, enough to feed an entire reunion. The Bright farm of Hope, Arkansas had already set two previous records for watermelons.

The Year of the Potato was celebrated in 2008, so it was only appropriate that a record would be set. Khalil Semhat, a farmer in Tyre, Labanon dug up a potato that required help from a friend just to get it out of the ground. The huge tuber weighed 24.9 pounds! However, there were questions raised as to whether this was a potato or a sweet potato. Sweet potatoes grow much larger, and the world record sweet potato was an 81 pounder grown by Manuel Pacrez in Spain in 2004.

The world record for the biggest pumpkin is broken almost every year as gardeners compete in contests all over. The current record is held by high school math teacher Christy Harp, who brought a 1,725 pound monster pumpkin to the Ohio Valley Giant Pumpkin Growers annual weigh-off in October of 2009.

Thesmallest seeds are those of epiphytic orchids. Each gram contains around 992.25 million seperate seeds (28,129.81 million/oz.). Epiphytic plants are non-parasitic plants that grow on other plants. Orchids form the world’s largest family of plants, they grow wild in every continent except Antarctica.

TIMISOARA, Romania–By cultivating an area the size of a football pitch every two minutes, the world’s biggest tractor, a 570-horsepower, AGCO Challenger MT875B has set a world record.

BIG SANDY, MT, USA — BigBud 747, a custom built agricultural Tractor is 28½ feet long, 14 feet high, 21 feet wide and has a wheel base of 16 ½ feet; it weighs in at 45 tons with a full diesel and hydraulic oil tank – setting the new world record for the Largest Farm Tractor.

PADDINGTON, LONDON, UK — A giant basket was created to mark the opening of Hotel Indigo London Paddington; it measures over 20ft by 10ft, wheight over 250 kilos, hangs 7.5 metres (25 feet) from the ground off the side of the building and contains over 100 types of flowers including orchids, roses and conifers, setting the world record for the Largest hanging basket.

SYDNEY, Australia — David Baird, 65, a British pensioner, ran from Perth in Western Australia to Sydney on the east coast while pushing a wheelbarrow for the whole 112-day , 2,572 miles (4115km) journey-setting the world record for theLongest wheelbarrow journey.

SLAITHWAITE,West Yorkshire,UK–SchoolboyFinley O’Neill stumbled upon a giant puffball, measuring a whopping 66.5 inches – which sets the world record for the Largest Puffball Mushroom.

SINGAPORE — Occupying a surface area of 2,289 sq m, the 24-storey green belt at Tree House condominium in Bukit Timah, built by property firm City Developments Limited (CDL), is expected to achieve more than $500,000 in energy and water savings a year, sets the newworld record for the Largest vertical garden, according to the World Record Academy

LONDON, UK–Scientists from flower breeding company Ball Colegrave have created the world’s first all-black petunia plant, called Black Velvet; the new flowers were developed using natural breeding techniques to turn them a dark black colour and will be on sale at a premium price of 2-3 pounds per plant.

Most Saplings Planted in One Day

CHAUPAKHI, (Assam), India — Around 300 people including government officials, NGO workers and residents of Chautaki Village in Assam’s Bongaigaon district planted 284,000 saplings, setting the world record for the Most saplings planted in one day.

Most Wheat Harvested in 8 Hours

These lists are some of the Garden World records that will surely grow till the present time as mankind continue to innovate and explore the world of gardening. May this records be a reliable reference for your future plans in the gardens and it’s elements.