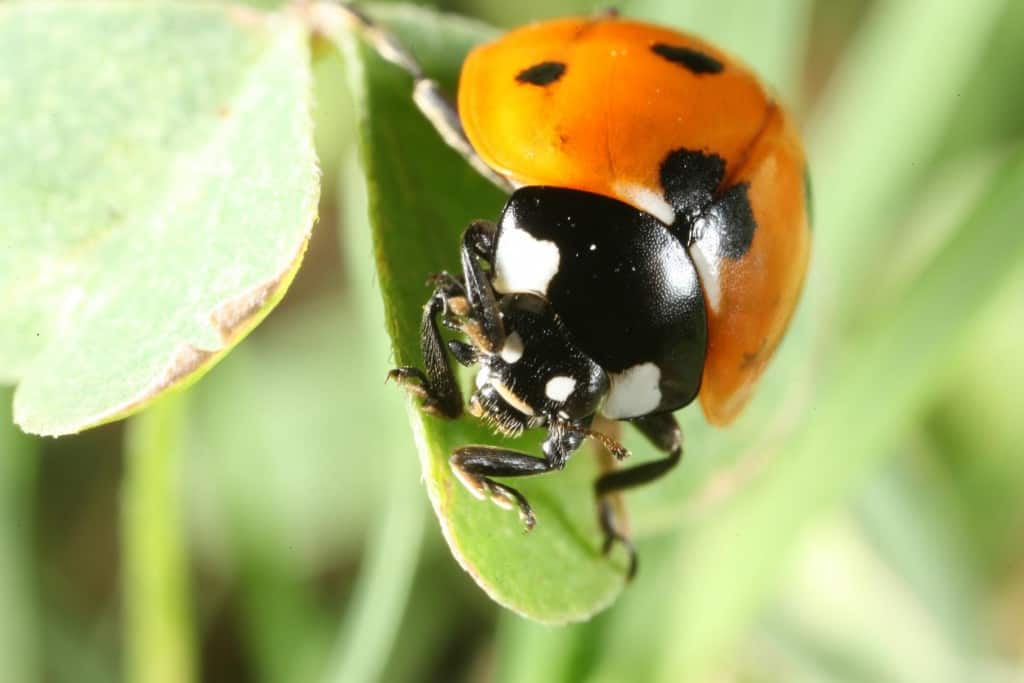 No matter the environment, the brightly colored body and black spots of a ladybug make it one insect that is hard to overlook. This unique bug leads a short life filled with busy activity. Myths and folklore have swirled around it for centuries. Furthermore, the facts behind this insect are as intriguing as the ladybug itself.

A ladybug’s lifecycle falls in the range of about four to six weeks long. Certain things affect the length of a ladybug’s life such as the availability of food and the temperature of its environment. During the springtime, a ladybug lays very small yellow eggs that normally hatch in three to five days. A single ladybug can lay up to 300 hundred eggs in her lifespan! Ladybugs often lay their eggs on the underside of a leaf in an aphid colony so that the babies, or larvae, can nourish themselves on the aphids there. After three weeks or so, the six-legged larvae transform into pupa. Approximately seven days later, a fully-grown ladybug appears. Interestingly, when the ladybug does appear it may not have spots for 12 to 24 hours. Finding a ladybug like this may mean that it has just reached adulthood. In a single year, it’s not an unusual occurrence for six generations of ladybugs to come into the world. A ladybug is a truly incredible insect!

A person doesn’t have to be an entomologist (a person who studies insects) to be intrigued by ladybugs. This appealing insect continues to be worthy of our study and admiration.

To find out more about ladybugs, please visit: