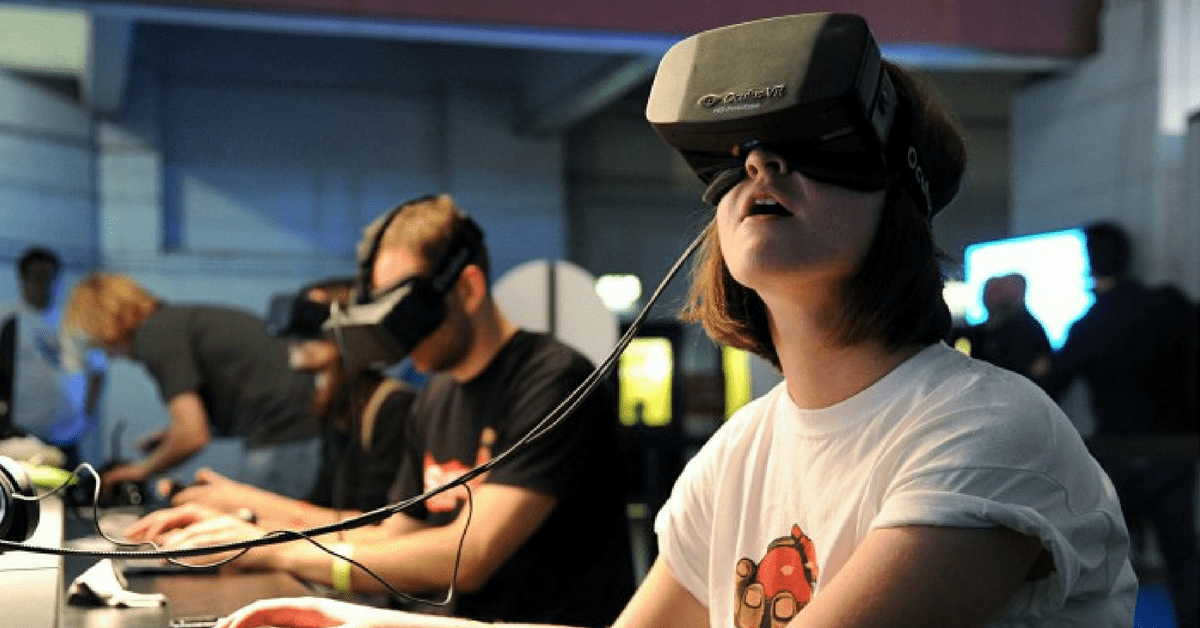 Virtual reality (VR) headsets quickly take us to a fascinating realm that we never thought we’d ever experience. That’s why it’s no surprise how this device became a popular gadget among households. It offers a lot of games and other activities that that whole family can enjoy. However, a lot of people are still worried about the adverse effects that VR headsets might bring to their eyes.

While there are no studies that prove whether VR headsets aren’t safe, some of their features can possibly pose harmful effects to our eyes. Let’s see if these innovative devices are safe or not.

Exposing your eyes to excessive high-energy light for an extended period can permanently hurt your retina. With that said, are VR headsets too bright for our eyes? To make it less complicated, let’s compare it to common situations. The brightness in a typical office is around 500 Lux (measurement of the intensity of light hitting a surface), while VR headsets are at approximately 1,000 Lux. That’s equivalent to the amount of brightness in a highly illuminated place like the mall. That means when it comes to brightness, VR headsets aren’t that dangerous to our eyes.

The pupils in our eyes are responsible for allowing light to enter, and the darker the background, the more widely it will open thus the more light comes in, and it can cause damage. If you’ve been using your smartphone in a dark room at night, then your eyes might be in danger.

How does this relate to VR headsets? They’re actually contrasting. With VR headsets, you’re not focused on a single light and surrounded by a dark background, so your pupils won’t open widely. Plus, your eyes are constantly moving around when watching or playing with VR headsets which is better than just scrolling up and down on your smartphone.

You’ve probably heard of this line since you were a kid, and this can be implied to a lot of aspects in our lives until today. We’ve already said that VR headsets aren’t harmful to your eyes, but if you use it excessively then, you’re the one who’s at fault in case something unfortunate happens. This isn’t only applicable to VR headsets, but also to computer games, reading books, watching television, or just about any activity where you wouldn’t even want to blink.

Your eyes need to rest as well as your body, so take a break and take care of them.

Can VR headsets cause short-sightedness?

You shouldn’t be concerned about being short-sighted if you own a VR headset because it’s less likely to happen. VR headsets may look real and too close, but the images are projected at a certain distance from our eyesight. In fact, VR headsets can possibly correct short-sightedness for some people.

How about distorted vision?

As mentioned earlier, since VR headsets just emerged recently, there haven’t been a lot of studies to prove their long-term effects to humanity. VR headsets still aren’t perfect, and some of them suffer strong distortion, which our eyes try hard to correct.

We still don’t know if they can distort our peripheral vision, but one thing’s for sure, manufacturers are already doing their best to prevent this from happening.

So, can VR headsets be harmful to our eyes?

With all the things mentioned, we now come down to one thing – VR headsets are safe for our eyes. Your eyes can confidently handle the brightness, and you don’t have to worry about peripheral distortion if you take a break once in a while.

Undoubtedly, VR headsets will continue to be developed, and they will soon be safe for everyone, but if you can’t wait to get your hands on a VR headset, check out our top picks for the Best Virtual Reality Headsets in 2018.