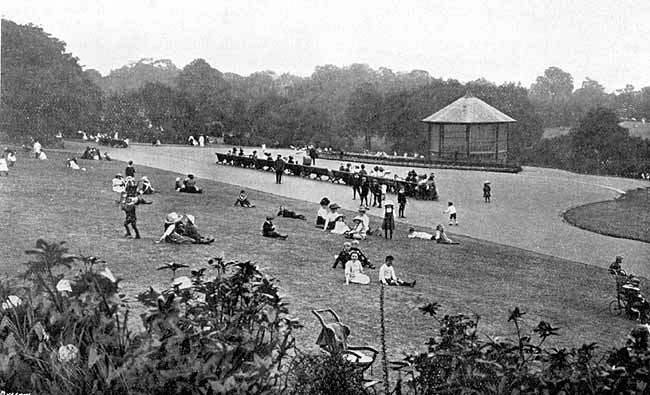 At RedShed In Your Home, we’re based in Nottinghamshire; famous for Robin Hood, Nottingham Forest Football Club and fashion designer, Paul Smith. So we thought we’d give you a little insight into of one of Nottingham’s most historical attractions, the Nottingham Arboretum.

The Arboretum was designed in 1850 by a chap called Samuel Curtis and was officially opened in 1852 with 15,000 people watching. So what was the big hype about this new attraction? It was the first public park in Nottingham. Designed as a place of relaxation and rest, the Arboretum quickly became a star attraction for the people of Nottingham, providing a natural haven for everyone to enjoy and share close to the city centre.

Fast forward to today and the layout of the Arboretum, which is now Grade II listed, has remained largely the same as Curtis’ original design, leaving its Victorian heritage in tact. Improvements and enhancements have been made to the area over the past 150 years and in 2002 restoration work was completed to the Bell Tower, Aviary and Bandstand, giving the Arboretum a new lease of life.

The Man Behind the Design

Samuel Curtis was born in Surrey in 1779. A well-known botanical and horticultural publicist, Curtis had previously been part of the team that designed Victoria Park in London in 1842, giving him the ideal CV and experience to take on the design of the Nottingham Arboretum.

Samuel Curtis wanted to ensure that the Arboretum was a place of calming influence and relief from the daily stresses of life. The main goal of his design for the Arboretum was to make the most of the socialising spots and the pathways that linked them together. The first plants were selected and placed in a ‘natural order’, providing an educational insight to the local nature through the plants and flowers planted there.

The plans for the original ordering and arrangement of the first plantings and walkways are recorded in the ‘Nottingham Arboretum Opening Booklet’ from 1852. The first plans were engraved and show the key locations where the shrubs and trees were to be planted and also lays out the structure and mapping of the walkways around the park.

The trees that are now fully grown and in maturity in the Nottingham Arboretum today are considered to be living artefacts of Curtis’ original selection. A large proportion of the shrubs, plants and trees planted there in recent years have been selected to maintain the botanical heritage of the Arboretum for many years to come.

Along with its rich history and Victorian beginnings, the park harbours several other attractions for people to enjoy including the Aviaries, a Pub (formerly the called Arboretum Rooms), Bell Tower, and Lake along with many other structures that have been added since its founding in 1852.

The Arboretum also has many specialist gardens and collections within the grounds that provide different interests throughout the various seasons of the year. These specialist areas include a Dell Garden, a Flower Garden, and even a supposed Healing Garden.