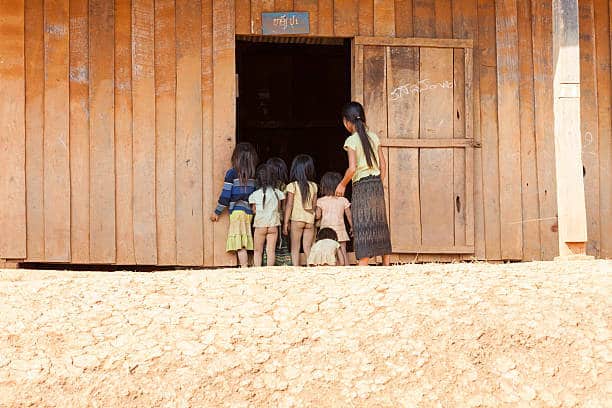 The richest countries in the world enjoy a corrupt-free government that provides a fair share of wealth to all their countrymen. However, some countries suffer from the total opposite situation, which means they have a very corrupt government leading to no opportunities for most of the people there.

Most of the poorest countires in the world belong to the large continent of Africa. As well as being the poorest, they also rank the second largest in population. Imagine having such little resources whith so many people in demand!

The basis for identifying the wealth of a country is through their Gross Domestic Product (GDP). This represents the total amount of goods and services produced within a certain country, which is usually computed annually. Whilst the Gross National Income (GNI) combines income from other countries and foreign investments.

While we are all enjoying the innovation of technology and globalisation, let’s look at the situation of those countries who are struggling to fight for poverty.

We’ll discuss the ten of the poorest countries in the world and determine how much an individual earns in a year – an amount which can be earned monthly by a single person in a developing and established country. Sad, but true.

*Take note that the figures are interpreted in US Dollars

Madagascar became popular because of an animal-themed animated film that was released in 2005. Although it’s true that there are a lot of wild plants and animals that can only be found in Madagascar, little do people know that it’s amongst the world’s poorest countries. 90% of the world’s flora and fauna can be found in Madagascar, however, tropical cyclones frequently hit the area leaving many people homeless.

The island of Madagascar measure about 592, 800 kilometres, it’s the fourth largest island in the world. Despite the adverse weather conditions, the people of Madagascar depend on agriculture for a living. Their main products are tea, cotton and dairy. They also export rice, coffee, palm oil and silk.

Even with a huge potential to prosper because of their agricultural products, the country struggles because of poor governance and political instability. This has resulted in almost 70% of the countrymen living below the poverty line.

Also located on the African continent, Eritrea ranks 9th amongst the poorest countries in the world. Eritrea can be found within the Red Sea, and in fact, the name of the country was derived from the Latin word “Mare Erythraeum” meaning the Red Sea.

Rainfall occurs rarely in this country so it’s hot in Eritrea almost throughout the year. The mining sector in this country has great potential but they have yet to see development because of a government that can’t control corruption and oppression. For this reason, many of the residents choose to leave the country and move to neighbouring countries as refugees.

Still, there’s hope for people in Eritrea as their life expectancy has increased from 39 to 59 years and education has been mandatory for children ages 7 to 13 years old.

The Republic of Guinea, apart from Equatorial Guinea, Guinea-Bissau, and Papua New Guinea is a country with rich mineral deposits. It was a stable country during the 90’s because of prosperous mining and agricultural industries.

However, because of lack of resources, they were not able to get hold of new farming technologies and therefore had to stick with obsolete methods. This situation resulted in the decline of products for the people of Guinea.

Moreover, Guinea was struck by an Ebola virus in 2014 which led to an outbreak. For this reason, foreign investors began to pull out their businesses from the country and since then, Guinea has been struggling to recover from the unfortunate tragedy.

Mozambique’s economy has been constantly growing and major reforms have been established. But through the years, the government of Mozambique made huge debts that remain unpaid, allegedly because of corruption.

For this reason, the Internation Monetary Fund (IMF) has ceased to provide support to the country and has therefore led to an even lower economy. Mozambique’s debts are unlikely to cleared until 2021 as the majority of the people are still living below the poverty line.

Formerly ranking as the world’s third poorest country, Malawi has obviously improved its economy but in spite of bringing reforms in education and health sectors, the country still failed to get out of this list.

With around 16 million people in this country, it’s one of the most populated countries in Africa. The government is highly dependent on IMF which brings them no place for development. Additionally, the HIV pandemic also affected nearly a third of adults which resulted in the low production of commodities because of a lack of farmers.

80% of Niger’s land is covered by the Sahara desert, which is the reason why they have been struggling with famine and drought. Hunger is a major issue among the people of Niger because two-thirds of them earn less than one US dollar per day.

The economy here is driven by the extraction of gold, uranium and oil but political instability hinders any growth. Furthermore, widespread corruption, overdependence on donor funding and negligence in the health sectors are amongst the many problems in Niger. Even the education sector continues to be disregarded as literacy rates remain low.

The twenty-year civil war in Liberia has drastically affected the economy, even up until today. Instead of dealing with growth and development, the country’s economy has been stagnant until the war ended in 2003.

Although hotel industry and construction sectors bloomed the economic situation in Liberia, agriculture still remains the primary source of income for many people. But limited access to farming technologies result in low commodities and prices of products continue to increase, making it hard for the sellers to earn a profit.

Burundi is among the countries that continue to struggle to ethnic conflicts and military coupes – which had just occurred in 2015 resulting in massive bloodshed. For this reason, many of the residents became refugees fleeing to neighbouring countries.

In 2013, the global hunger index declared Burundi as the hungriest nation. The country’s main production is coffee, which is an export commodity, but production has also decreased over time.

This country, as with others included in this list, aren’t able to escape from corruption. The government of Burundi banned trade with their neighbouring country, Rwanda, which led the country to experience recession in 2016.

2. The Democratic Republic of the Congo – $784 per capita

Since the country’s independence, they have consistently struggled with political instability and hunger. Former politicians are said to have stolen a lot of money from the country’s funds.

Nonetheless, there’s still hope for the country because of vast resources, but that possibility highly depends on the performance of the government.

A country that highly depends on diamond produce ranks first in the list of the world’s poorest countries. The reason behind this is most of their products are sold to black markets, hindering government taxes and overshadowing businessmen who are willing to pay the right amount given.

This is probably because most people lack education on how to properly sell their products and easily see any amount as valuable to them. Aside from that, government issues like corruption and political strife are also amongst the biggest factors as to why the CAR is at its lowest point today.

Out of 4.5 million people in The Central African Republic, over half of the population terribly need assistance and see no chance of recovering from their situation.

As devastating as it may seem, let’s not lose hope. Established countries are doing their best to support these third-world countries’ journey towards economic growth and development. Obviously, the common problem with the countries included in this list is with the political instability and corruption. It should be totally eliminated, giving every individual a shot to succeed in life.

30 Countries With Lowest GDP Per Capita