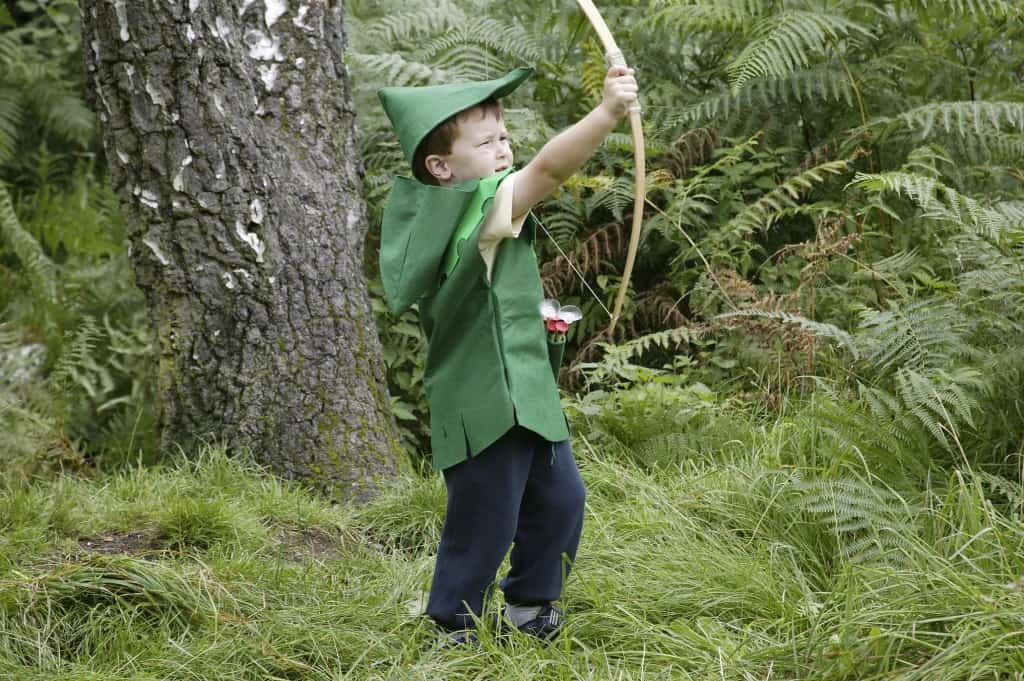 The forest is well-known through its historical relationship with the legend of Robin Hood and one of the most famous trees in the UK – the Major Oak. This veteran is a huge oak tree thought to be around 800 years old. According to a 2002 survey, the Major Oak was voted “Britain’s favourite tree”. Legend has it that its hollow trunk was once a refuge for Robin Hood and his Merry Men. At the present time, the world famous tree weighs an estimated 23 tons, its trunk circumference is 33 feet (10m) and its branches spread to over 92 feet (28m). Because of its significance to the country, measures have been taken to secure the tree ever since Victorian times.

Sherwood Forest attracts 500,000 tourists per year, including many from around the globe. Visitor numbers have significantly increased since the launch of  Robin Hood’s television series in 2006.

Every August, Nottinghamshire County Council conducts and hosts a week-long Robin Hood Festival. The famous festival celebrated its 30th year anniversary in 2014 in the magnificent setting of Sherwood Forest Country Park, home of the legendary outlaw. This event recreates the medieval aura of the forest and features appearances from the major characters from  the Robin Hood Legend, all free of charge. The week-long entertainment include jousters and strolling players, dressed in medieval costumes, in addition to a medieval camp complete with jesters, musicians, rat-catchers, alchemists and fire eaters. Next year’s festival will take place from August 3-9, 2015.

Sherwood Forest has a free self-guide tour information leaflet available in the Visitor Information and Reception area. The Blue Trail will take you on a 45-minute walk around the Major Oak. The Green Trail takes about and hour and skirts along the Longhorn Cattle enclosure. For those who want the full experience, the Red Trail takes approximately two hours and leads around the forest.


Sherwoord Forest Art & Craft Centre resides in the heart of the ancient forest in the beautifully converted coach house and stables of the former Edwinstowe Hall. The centre houses a variety of artists and craft lovers. Car parks usually cost £3.

By Car & Coach – Sherwood Forest Visitor Centre is on the B6034 just north of Edwinstowe, between the A6075, 20 miles north of Nottingham.  The postcode is NG21 9HN

By Bus – You can get to Edwinstowe on the Stagecoach bus service 33 Nottingham – Workshop. Most buses stop on High Street in Edwinstowe , which is a 5-10 minute walk from the Visitor Centre and Park.

By Train – The nearest train stations are at Shirebrook (6 miles) and Mansfield (7 miles). Both are served by the Robin Hood line which is operated by East Midlands Trains.

By Bike – Cycling is not allowed in and around the Visitor Centre. Visitors with bikes can safely leave the bikes at the cycle racks in the car park and proceed on foot.

By Air – Sherwood Forest Visitor Centre is less than 25 miles from Robin Hood Airport and just over 38 miles from East Midlands Airport.

By Sea – The nearest ferry port is at Hull, which is 50 miles away from the site.