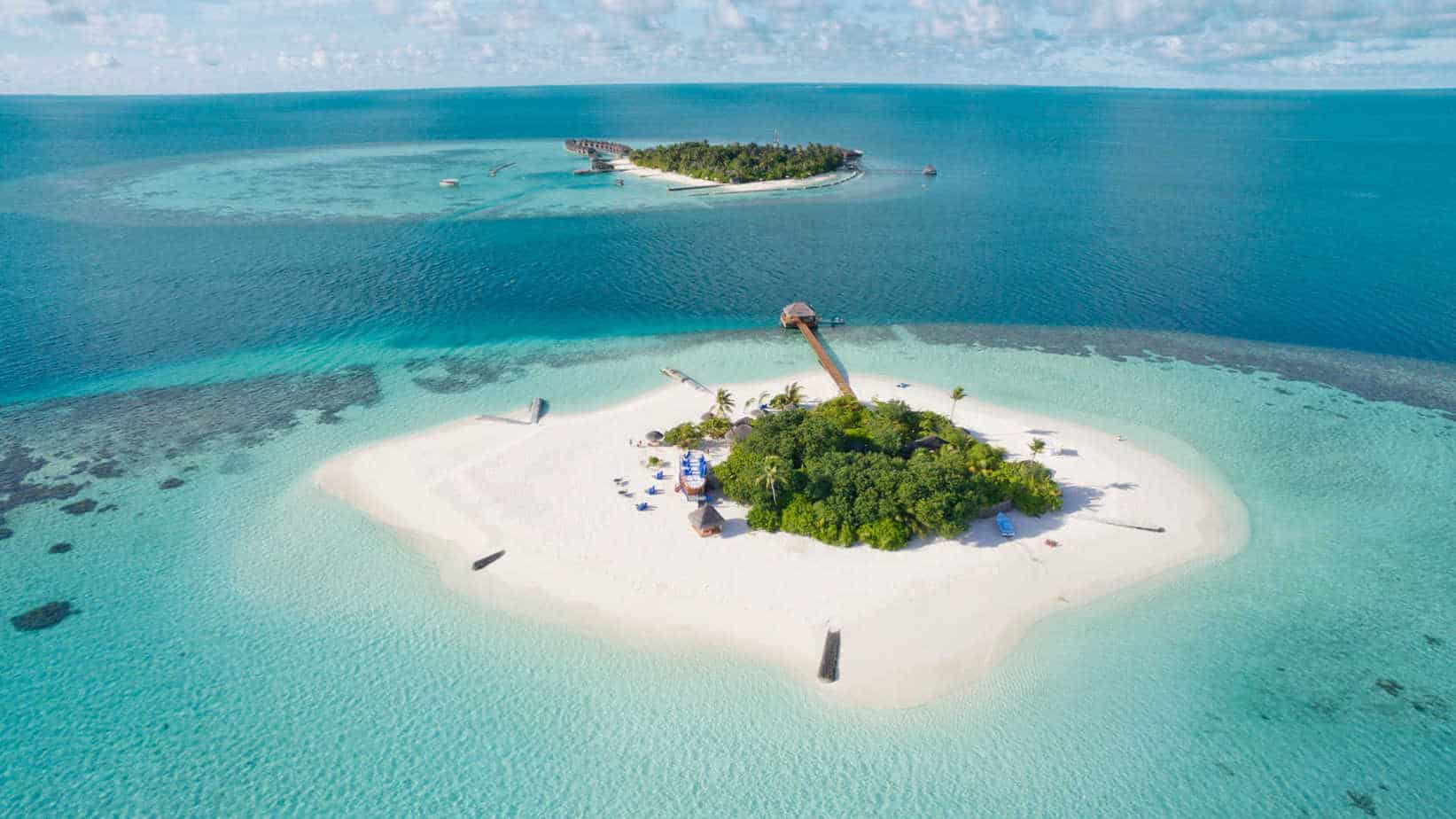 The world has around 196 countries, and not all of them are as big as yours. Some countries, like Vatican and Nauru, are so small that even cities like Tokyo, New York and Chicago are bigger than them. There are only 24 countries that have a land area of less than 1,000 square kilometres, and most of them can be found in Europe, the Pacific and the Carribean.

The 10 Smallest Countries In The World 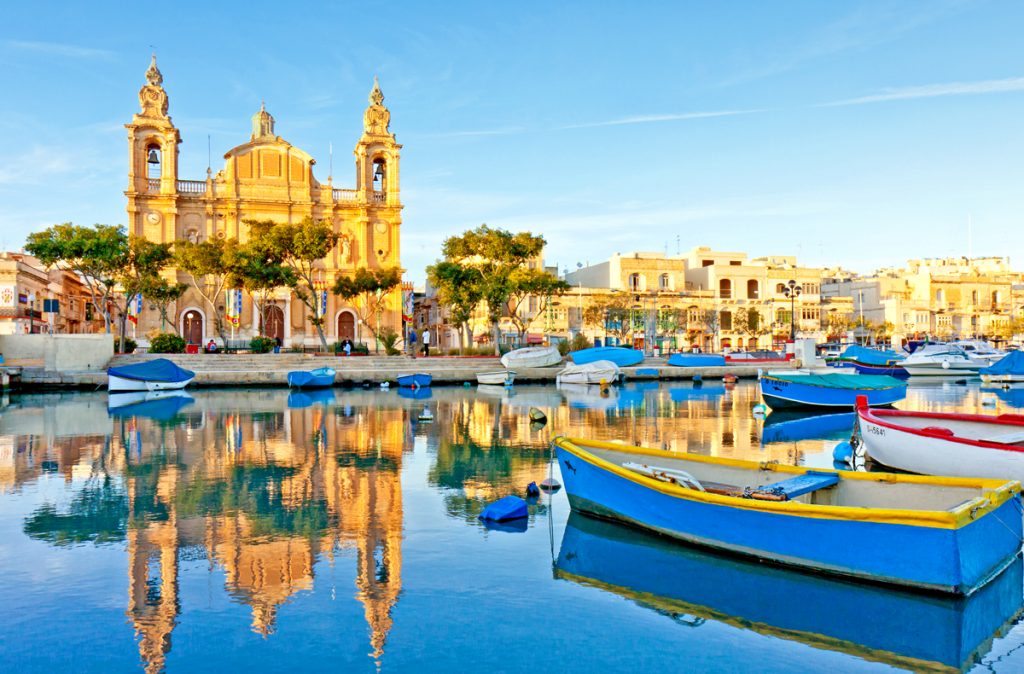 Malta – otherwise known as the Republic of Malta – is a Southern European island country that’s in the central Meditteranean Sea. The country is made up of three islands with Malta being the largest, along with Gozo and Comino. This small country has a rich history and culture, it even played a vital role during the World War II. Aside from those, the Republic of Malta also is home to one of the most remarkable prehistorical sites in the world. Among these is the Ħal Saflieni Hypogeum, an underground structure that’s more than 5,000 years old is located in the town of Paola in Malta. Today, there are less than 450,000 resident in the country making it one of the most densely populated countries. 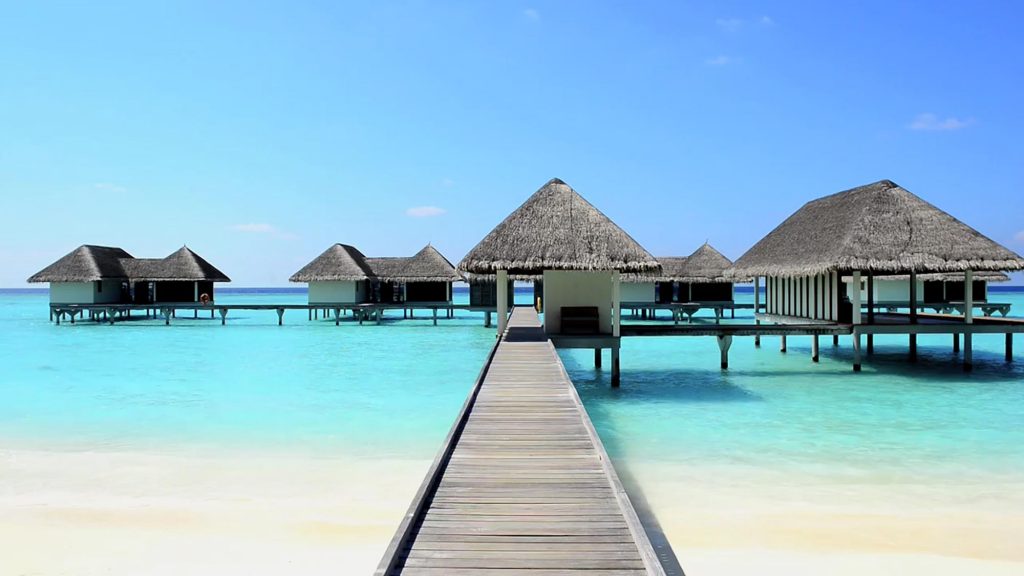 One of the world’s most popular travel destinations, Maldives is one of the smallest countries on the planet. It’s a South Asian island country that’s located in the Indian Ocean. The whole Maldives archipelago is made up of around 1,090 island with only 200 of them uninhabited. Inhabitants have lived in this island since the 5th century B.C. It also once became the colony of many empires, like the Portuguese, the Dutch, and the British. And in 1965, it finally became an independent country.

A lot of islands in the Maldives are only 1.5 meters above mean sea level which made it the lowest country in the world. That explains why they can build floating luxury houses on the waters, which make the nation a famous tourist spot. The white sand, clear water, coral reefs and vibrant marine life also contribute to the island’s beauty. However, because of the rise in sea level because of global warming, many islands in the Maldives are threatened to be washed away in the near future. 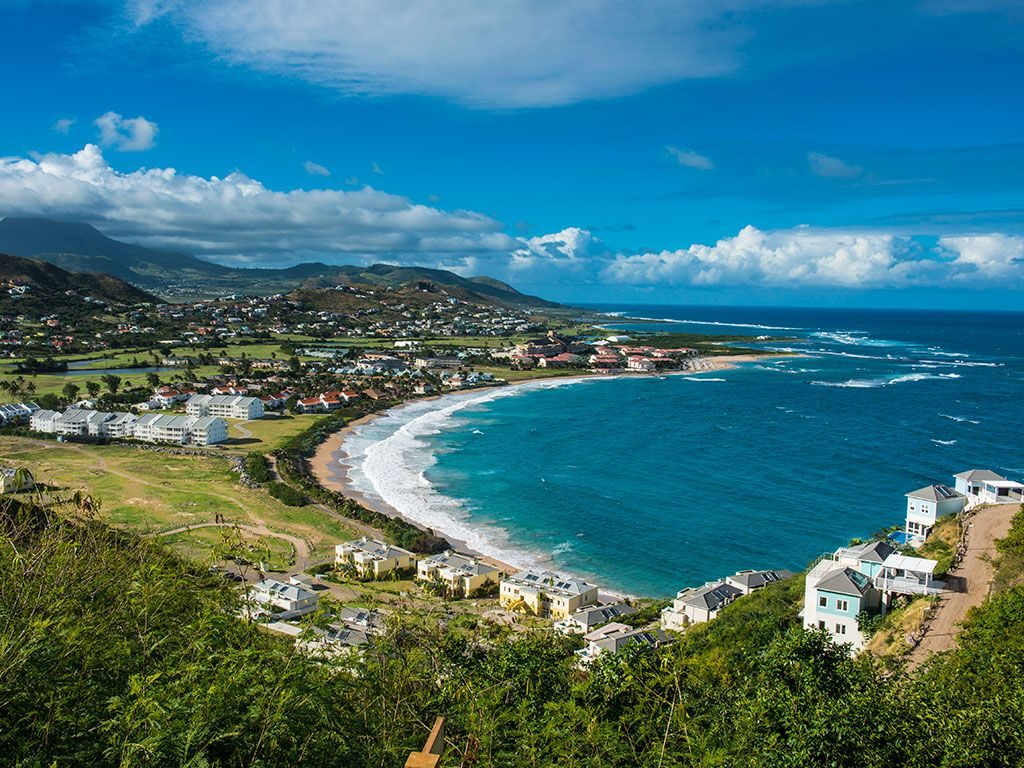 Also called Saint Christopher and Nevis, and officially known as the Federation of Saint Kitts and Nevis, this country is composed of two islands in the Carribean. The island of Saint Kitts has a land area of 175 square kilometres while Nevis is 93 square kilometres. These islands are said to be the first islands to be occupied by European and today, the population is around 54,000. The economy in Saint Kitts and Nevis has now evolved in tourism , agriculture and small manufacturing industries. It was once a major exporter of sugar, but has now ceased because of decline in overseas markets. Today, hotels and resorts have replaces the sugarcane plantation in the country and the population is around 54,821. 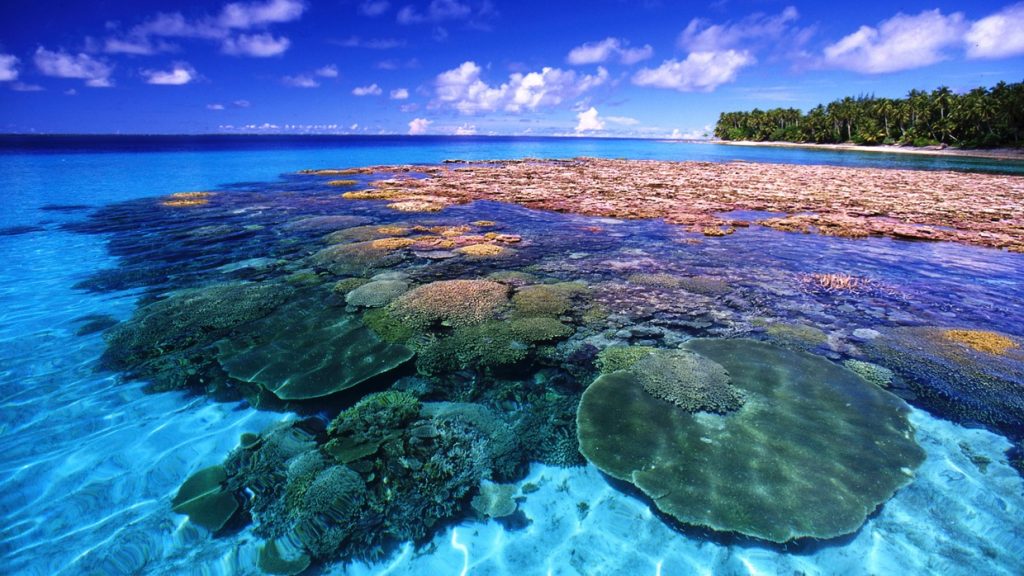 The Marshall Islands, or officially the Republic of the Marshall Islands is located near the equator of the Pacific Ocean. It’s midway between Hawaii and the continent of Australia. With over a thousand islands in the country, only 24 of them are inhabited, with a total population of more than 53,000. The native people of this island country, the Marshallese, are Micronesians. The Marshall Islands is predominantly Christian and the official currency is U.S. dollars. This country is famous for an unforgettable scuba diving and snorkelling experience, with its crystal clear blue water, over 800 species of fish and 160 coral species. 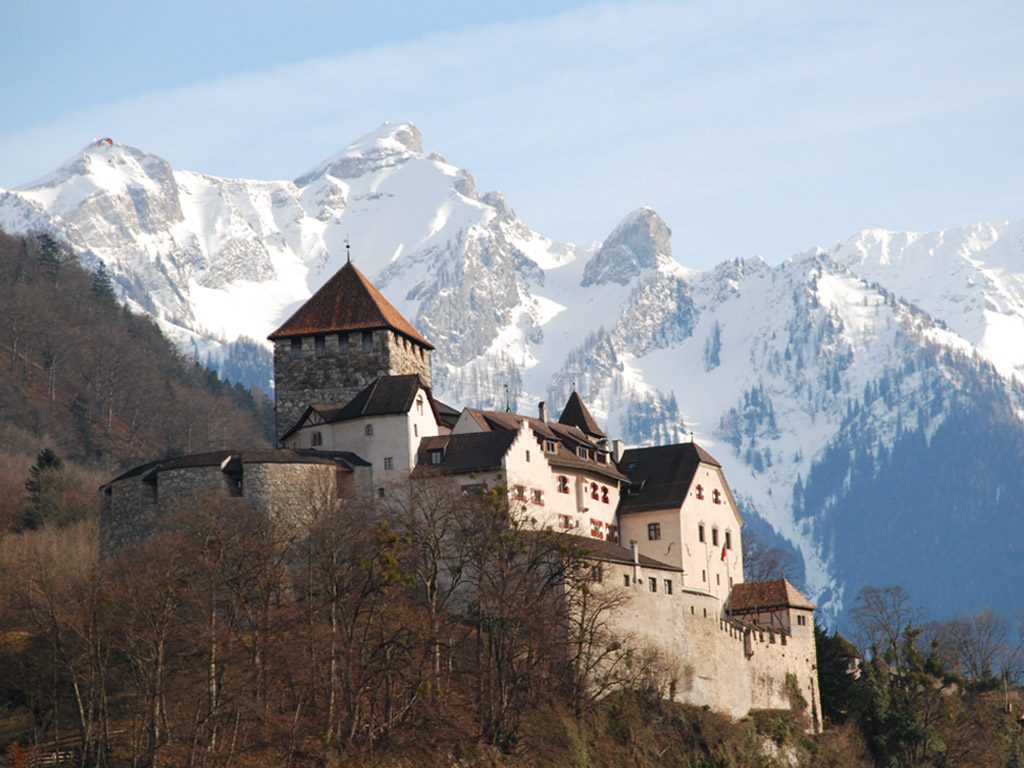 This small country, that has a total population of more than 37,000, is the world’s richest by GDP per capita (£1,778.25). Liechtenstein, officially the Principality of Liechtenstein, has the lowest unemployment rate with only 1.5%. The country is double-landlocked because it’s bordered by Switzerland to the west and south, and Austria to the east and north. The Alpine country is a famous winter sport destination, and it’s still ruled by a prince. Liechtenstein is also the world’s leading manufacturer of false teeth with over 60 million sets produced every year. 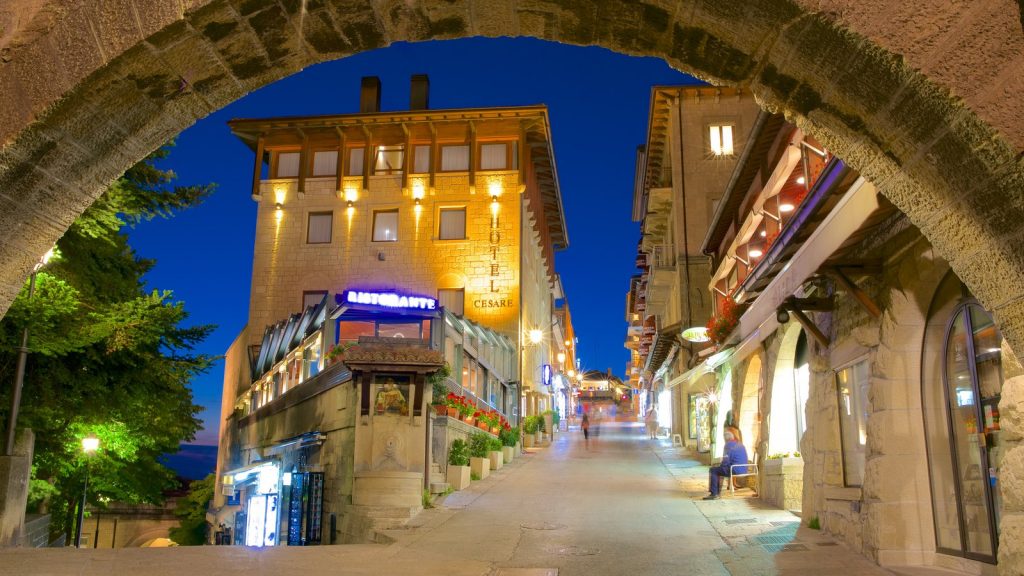 Located in southern Europe and entirely surrounded by Italy, San Marino is the 5th smallest country in the world. It’s said to be the world’s oldest republic to exist until today, but even though it’s independent, the state still depends very much on Italy. With just over 30,000 residents, the economy of San Marino mostly relies on finance, industry, services and tourism. The country is one of the world’s wealthiest nations regarding GDP per capita (£42,284.27) it’s even the only country with more vehicles than people. They also have one of the lowest unemployment rates in Europe, they have no national debt, and they have a budget surplus. 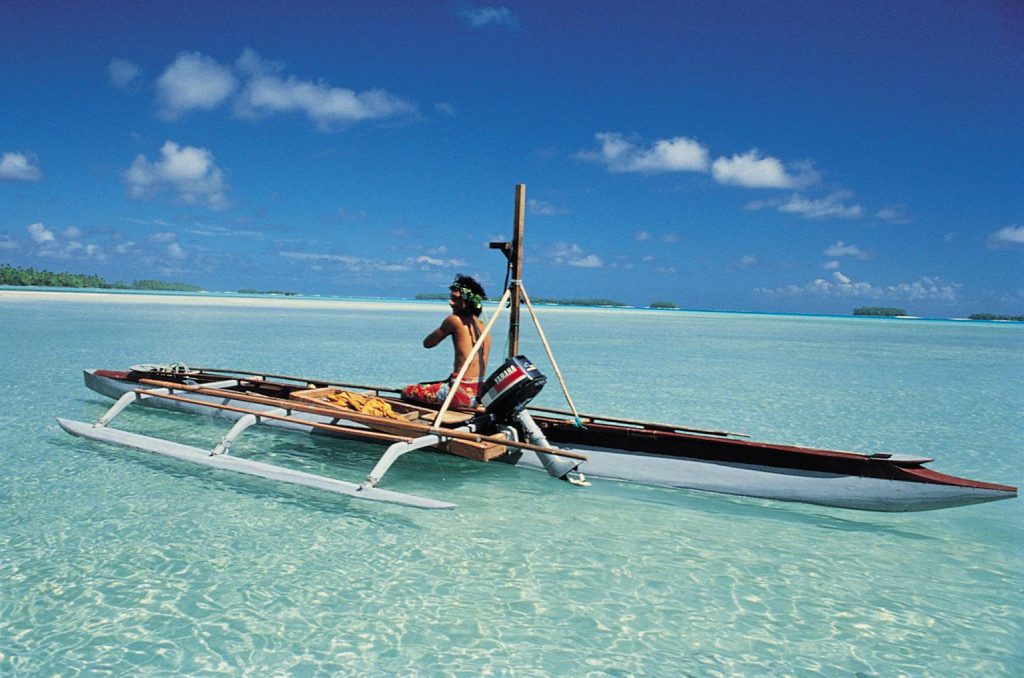 Located in the Pacific Ocean, the Polynesian island nation of Tuvalu is the 4th smallest country in the world. Just like the Marshall Islands, Tuvalu is halfway between the US state of Hawaii and the Australian continent. The population in this country is around 10,045 and there’s only one hospital for the whole community. Even though Tuvalu has beaches with turquoise waters, it’s not considered as one of the famous tourist destinations. With only about 1,000 tourists per year, it’s one of the least visited countries in the world. The island of Tuvalu has a low elevation, that means it’s one of the first places to be affected by sea level rise, which is brought about by global warming. 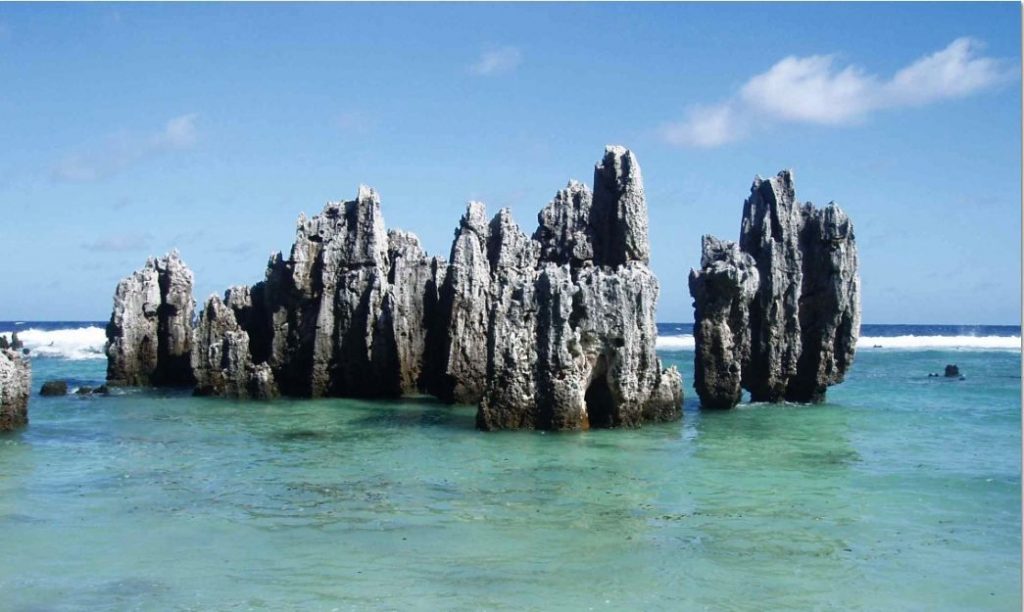 Formerly known as the Peasant Island, Nauru is the world’s 4th smallest country and the smallest island country located in Micronesia. Nauru is a phosphate rock island with rich deposits nearby, allowing easy mining operations. However, as of 2011, the remaining phosphate resources in the island is not economically viable for extraction anymore. Because of this, the country’s unemployment rate rose to 90%, with the 10% said to be government employees. With less than 11,000 residents, Nauru is now the world’s most obese country. 97% of Nauru’s men and 93% of its women are overweight and obese, which made it the world’s highest level of type 2 diabetes. 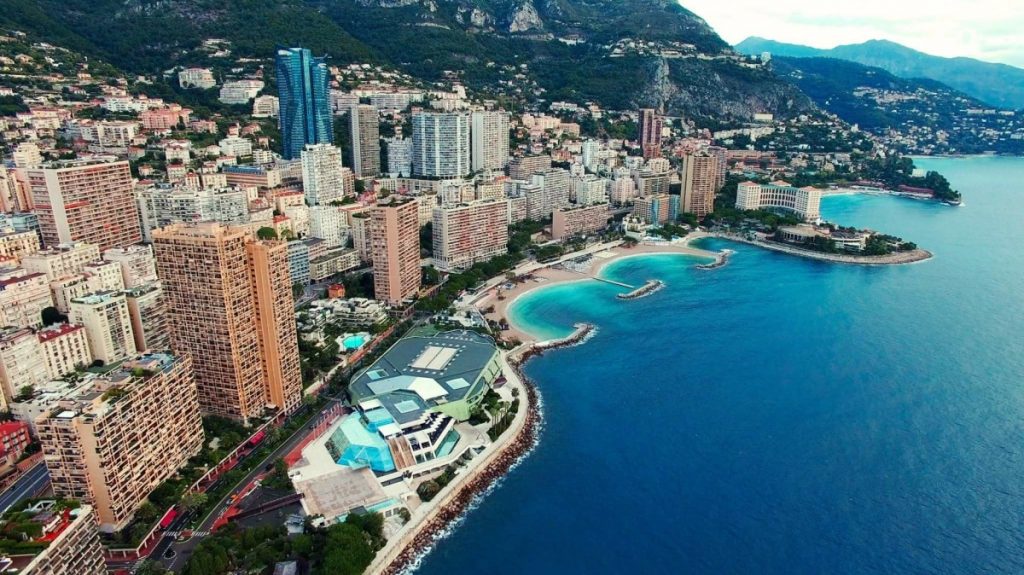 The Principality of Monaco located on French Riviera in Western Europe is the second smallest country in the world. With a population of less than 38,000, it’s the world’s most densely populated country. The economy of Monaco prospered ever since it opened its first casino, the Monte Carlo, in the 19th Century. From there, the country’s gambling industry, mild climate and beautiful sceneries made it a popular tourist destination and playground for the rich. Aside from this, Monaco is also considered as a tax haven because the residents have no income tax and there are low business taxes as well. Today, Monaco is one of the richest countries in the world with a very high GDP per capita (£119,434.56). The country is also popular for its annual circuit motor race, the Monaco Grand Prix. It’s Formula 1 race wherein racers pass through the city streets of Monaco. 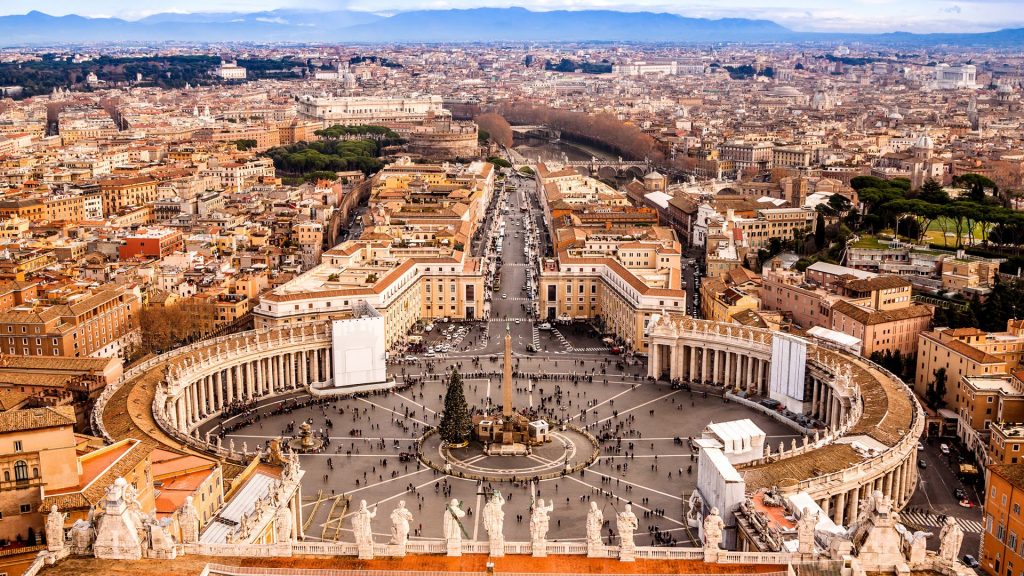 On the top of the list, with less than 1 square kilometre of land area is Vatican City. Also known as the ‘Holy See’, the country is located within the city of Rome, and it has less than 1,000 residents, making it the least populated country in the world. It’s the center of the Catholic Church, and the country is headed by the bishop of Rome. The biggest church in the world can be found in the Vatican City -St. Peter’s Basilica, which is also home to some of the most remarkable art works of the Renaissance period such as The Pieta and the Creation of Adam. Most of the income of Vatican City comes from the voluntary contributions of more than 1 billion member of the Roman Catholic Churches all over the world. While some of the economy depend on the sales on postage stamps, admission fees in museums, and souvenirs to about 4 million visitors every year.

The 30 Smallest Countries In The World