Before even reaching your travel destination, you have to face the struggle of getting into the aeroplane first. A lot of us undoubtedly experienced being lost somewhere we’re not familiar with, and it’s frustrating. However, if you find yourself going around in circles in one of the world’s largest airports, you might lose hope.

It’s now possible to visit far places thanks to airports. Because they provide a place for planes to take off and land, riding an aeroplane has become one of the most common modes of transportations. However, aside from transferring goods and people to far off places, airports also contribute to a city’s investments. As more and more people come in to visit an area, there is an increase in demand for hotels, entertainment, retail, trade, and a lot more.

If you’re planning to visit the Middle East, you better get yourself prepared to see the big airports. The Middle East is home to some of the most significant airports in the world, even the largest one. The King Fahd International Airport in Saudi Arabia is the largest airports on the planet with an area that measures 78,000 hectares.

The World’s 10 Largest Airports By Size 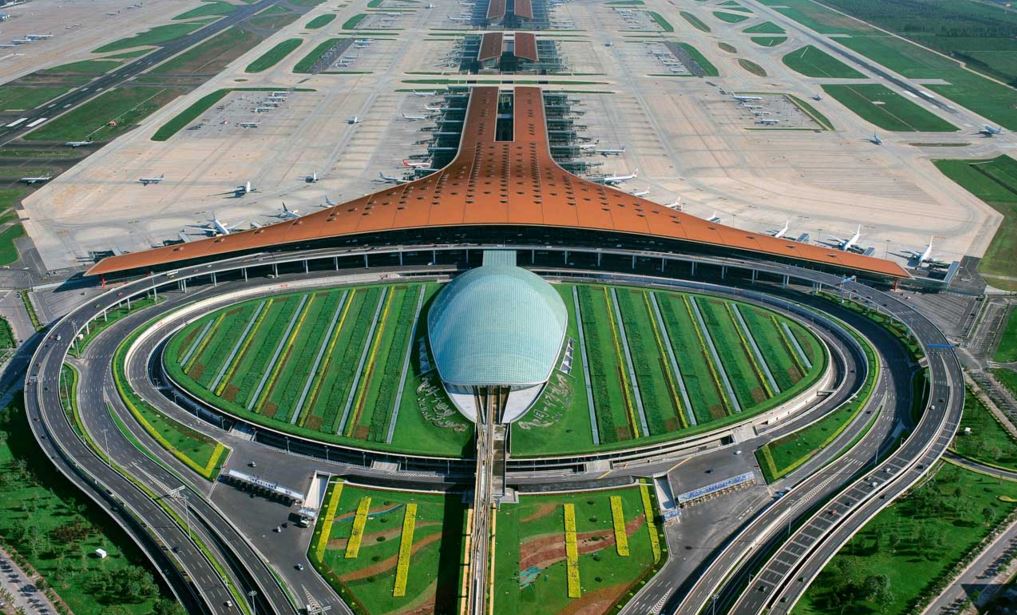 Cairo International Airport is Egypt’s busiest airport. It’s located in Heliopolis and it has a floor area of approximately 37 square kilometres. In 1963, this airport replaced the old airport located in the same area which aimed to have a 5 million passenger capacity every year with only one terminal. During the 1980’s, the second terminal was built to serve an additional 3.5 million passengers per year. And in 2004, they began constructing their largest one, Terminal 3, and it opened for commercial operations in 2009. It’s larger than the two other terminals combined and it can accommodate about 11 million passengers every year.

O’Hare Airport or known merely as Chicago Airport is located in Chicago, Illinois. This airport has a total of eight runways and covers around 7,627 acres. It’s also the sixth busiest airport in the world by the number of passengers. It was named after Edward O’Hare, to honour him in being the U.S. Navy’s first flying ace and Medal of Honor recipient in World War II. Chicago O’ Hare Airport was voted as the “Best Airport in North America” during 1998 to 2003 by the readers of the U.S. Edition of Business Traveler Magazine and by the Global Traveler Magazine in 2004 to 2007. 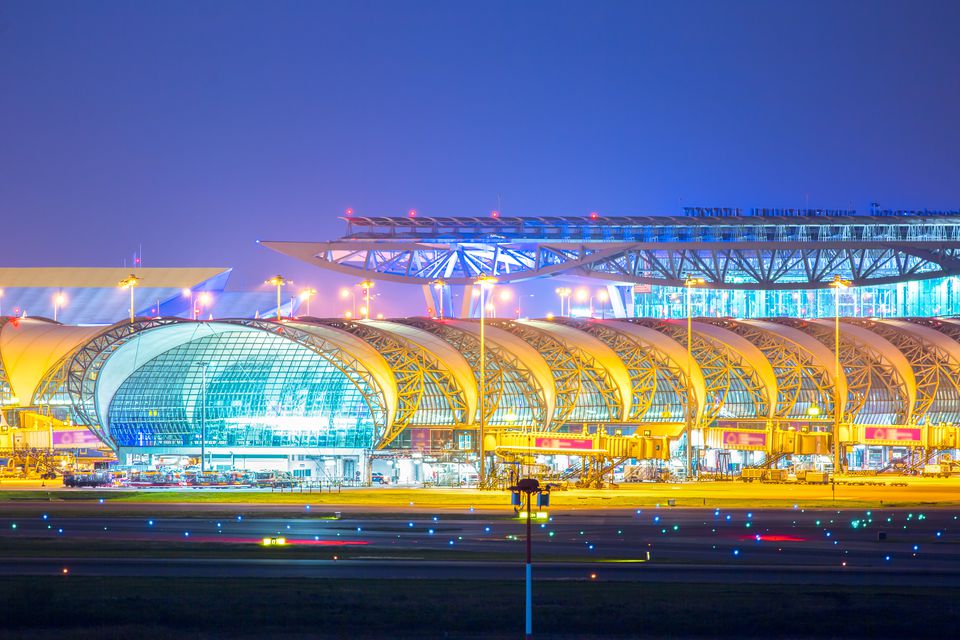 Commonly known as the Bangkok International Aiport, the Suvarnabhumi Airport is the world’s 7th largest in the world. The name Suvarnabhumi means “Land of Gold” in Sanskrit. During the course of the construction of the airport, there were a lot of delays because of political and economic instabilities. Nonetheless, the airport officially opened for all domestic and international flights on 26 September 2006. The Suvarnabhumi Airport boasts a unique design, and it’s said to be one of the most “Instagrammed” places in the world. There are around 53 million passengers that arrive at the airport every year, and it’s the 20th busiest airport in the world. Also, it also has one of the world’s tallest control towers.

Constructed in 1927, the Adolfo Suárez Madrid–Barajas Airport is the first of its kind in Spain. It then had a small terminal that can only hold 30,000 passengers a year. But with constant expansions and renovations, this airport has now become the world’s 6th largest airport. In fact, its Terminal 4 is the largest airport terminal in the world by size with an area if 760,000 m². The name of the airport was initially only Madrid–Barajas Airport, but it was changed in 2014 in honour of the late Spanish Prime Minister Adolfo Suárez. The people behind this seek to recognise the efforts of the first Prime Minister of Spain to restore the democracy of the country. The airport can accommodate more than 53 million passengers in the past year. 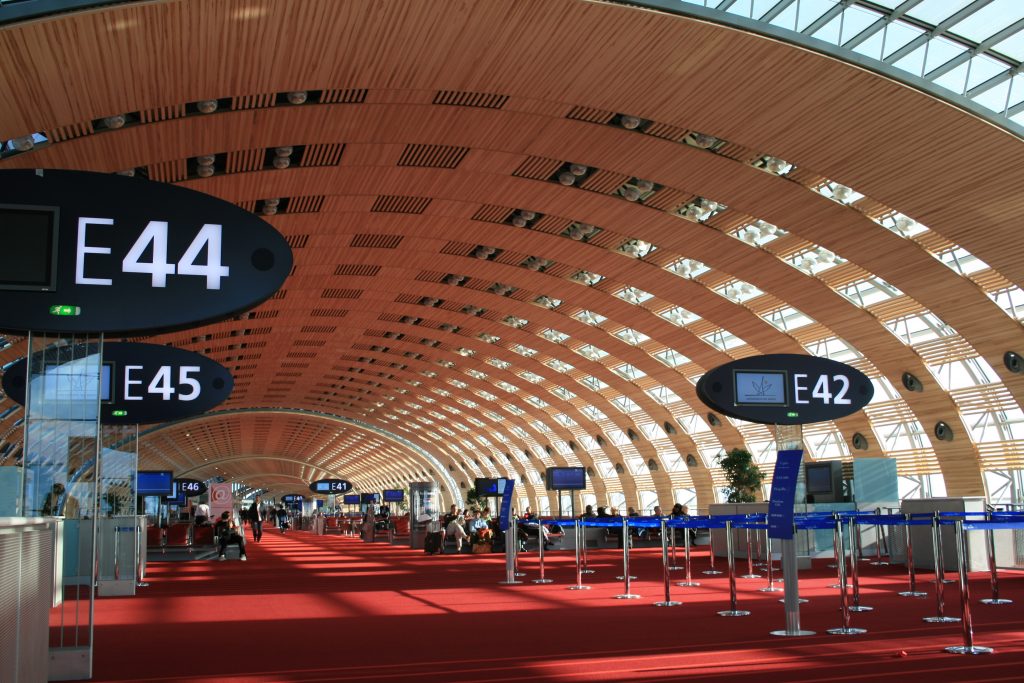 The Paris Charles de Gaulle Airport was named after the President of France from 1959 to 1969. It is the largest international airport in France and the second largest in Europe. With its massive size, it was able to handle more than 69 million passengers in 2017 and 475,654 aircraft movements. This made it the tenth busiest airport in the world and Europe’s second busiest in terms of the number of passengers. Charles de Gaulle Airport serves as the principal hub for Air France and other large European airlines. Originally, Terminal 2 was built exclusively for Air France passengers, but it was later open to hosting other airlines. 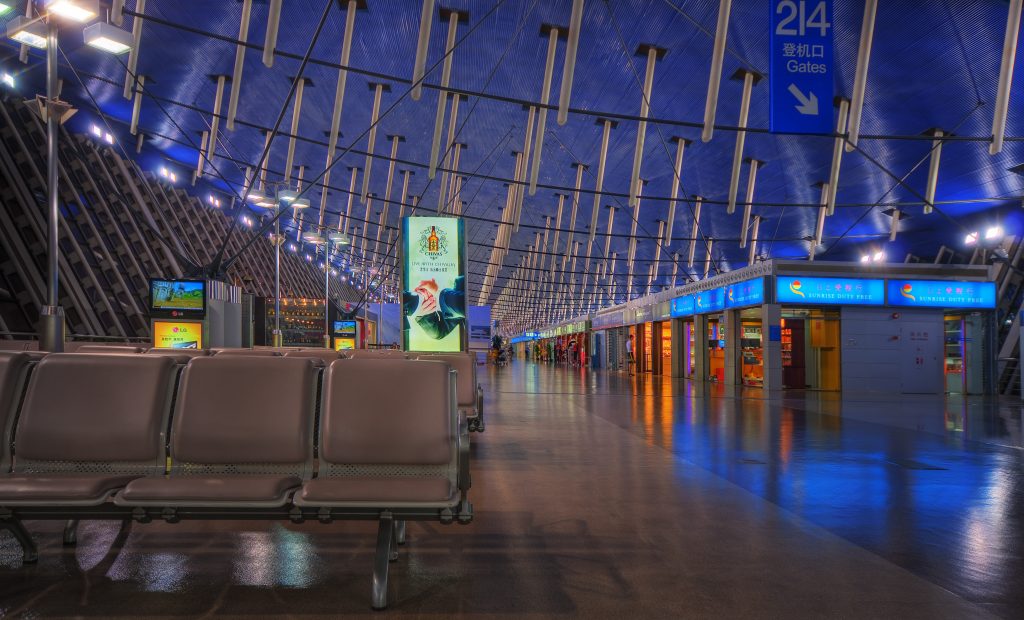 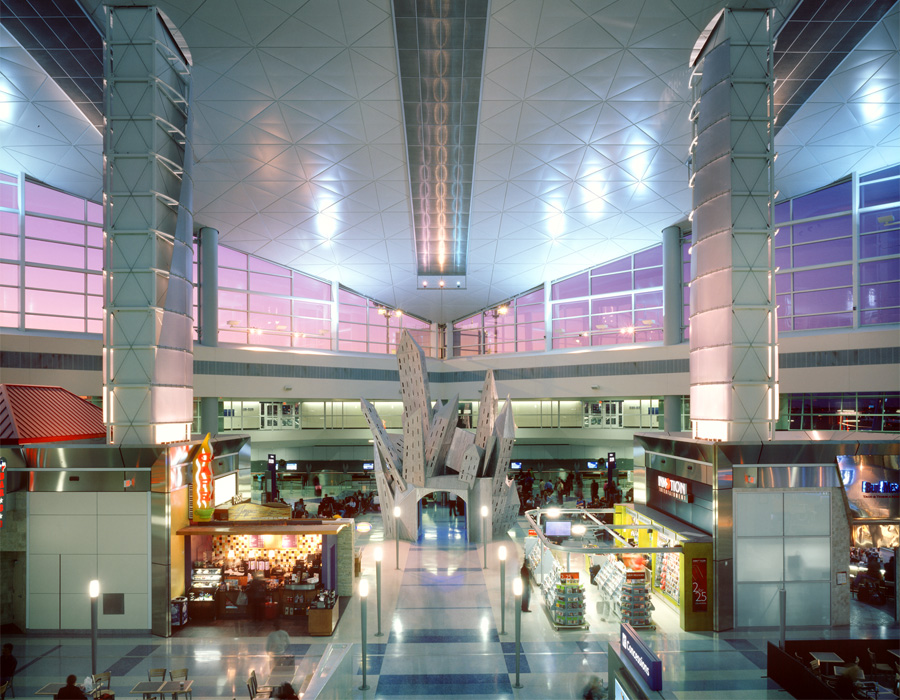 With a size that’s bigger than the island of Manhattan, Dallas/Fort Worth International Airport is the world’s third largest airport by surface area and the second largest international airport in the United States. In terms of aircraft movements, it’s the fourth busiest in the world, while it comes as the eleventh busiest by passenger traffic. It currently has 165 gates and five terminals with another one on the way. Because of the massive area that the Dallas/Fort Worth International Airport covers, it has its own post office ZIP code and a United States Postal Service city designation. It even has its own police, fire protection and emergency medical services. 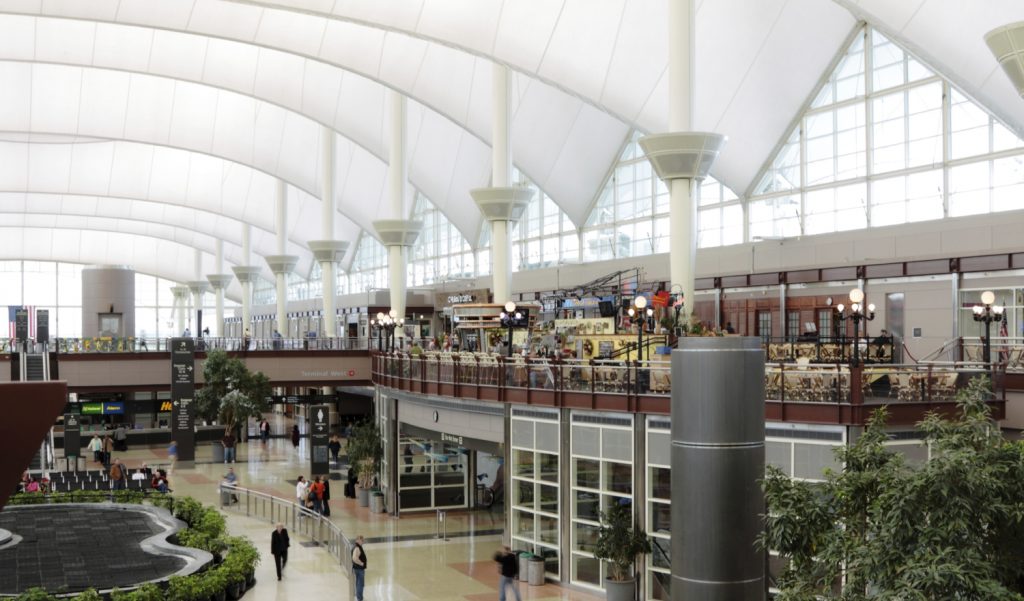 Denver International Airport is the second largest airport in the world, the biggest in the United States. It’s almost twice the size of the Dallas/Fort Worth International Airport which is the second largest in the United States. In terms of passenger traffic, it comes as the 20th busiest airport in the world with more than 61 million passengers as of 2017. This airport is not new to being voted as the Best Airport in North America. While in 2018, it was voted as the “Best Airport in the World” by Skytrax. The airport is powered by solar energy system, and they provide free Wi-Fi access, which is said to be the fastest as compared to other U.S airports, with an average speed of 61.74 Mbit/s. 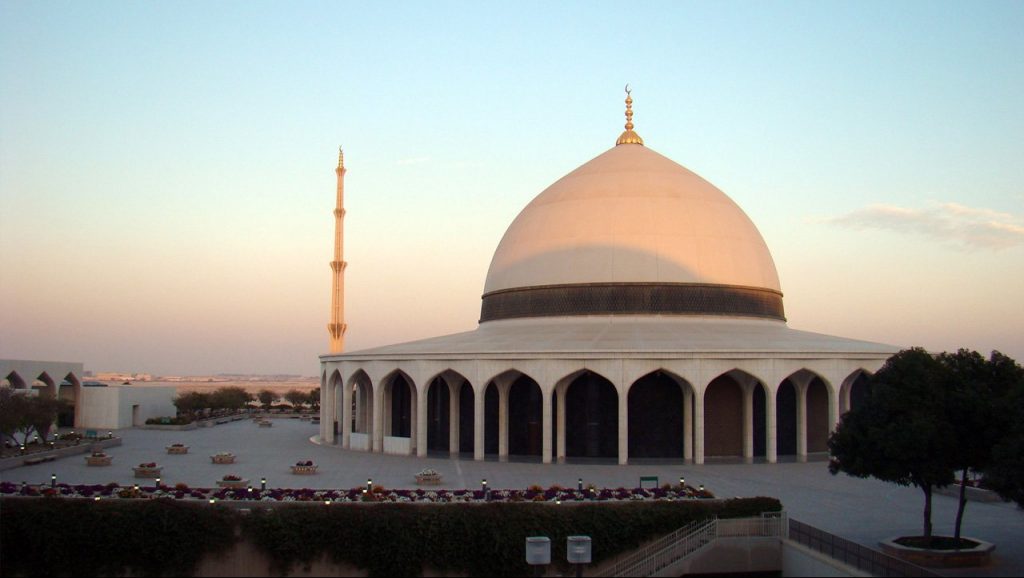 With a whooping floor area size of 780 km², King Fahd International Airport is unarguably the largest airport in the world. It’s located in Dammam – the capital city of Eastern Province, Saudi Arabia. This airport is so big that it’s even larger than one of the Arab states, Bahrain. It was named after Fahd bin Abdulaziz Al Saud, the King of Saudi Arabia from 1982 until his death in 2005. King Fahd International Airport opened for commercial operation on 28 November 1999 and now caters 27 leading airlines. Despite its extensive land area, the actual airport area only utilises 36.75 780 km², and that’s about five percent of the total size. This small area is occupied by the airport’s terminal with six stories. They also have a particular terminal with luxurious furniture and decorations reserved for the Saudi Royal Family, government personnel, and official guests. Although it’s the biggest in the world, it doesn’t have as much passenger traffic as the smaller airports. With only more than 9 million passengers annually, it’s not considered as one of the busiest in the world.