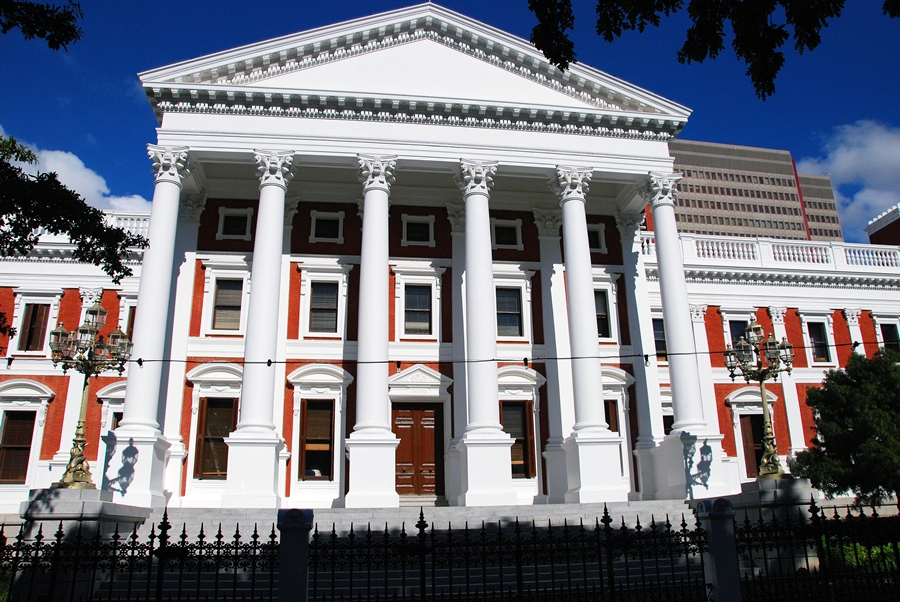 Unlike most countries, South Africa doesn’t have a single capital city. Instead, they have three capital cities with each representing a branch of the government. Cape Town is the legislative capital, Pretoria is the administrative capital, and Bloemfontein is the judicial capital of South Africa.

Cape Town is the legislative center and the seat of Parliament. However, the Constitution of South Africa allows the Parliament to move its administration to any city within the country. Pretoria is where the executive branch is located and it’s also the seat of the President and the Cabinet. Lastly, Bloemfontein is where the judicial branch is administered thus it’s home to the Supreme Court of Appeal.

Cape Town, being the legislative capital, is the seat of the National Parliament. This city has always played an important part in South Africa’s history, especially in the post-European contact. From as early as the latter part of the 1500’s, its peninsular location made it an important stop along the spice trade route. By 1652, a firm named Dutch East India Company created a ship way-station in this city, and the settlement started to slowly progress.

In 1814, Cape Town became a British colonial capital after their numerous attempts of taking control of the city. And in 1910, two other British colonies, Two Boer Republics and Natal, were joined with the Cape Colony wherein they established the Union of South Africa. Since then, the city was administered as the legislative seat and is recognised as such until today.

Cape Town now has a population of approximately 3,740,000, and it is home to the largest dress-to-theme costume party in South Africa which is called the Mother City Queer Project (MCQP). This event is also one of the biggest lesbian, gay, bisexual, transgender and queer (LGBTQ) annual events on the African continent.

The seat of the executive branch of South Africa is located in the city of Pretoria in Gauteng Province. The importance of this location started it 1860 when it was declared as the single capital of the South African Republic. It was in this city where the signing of the peace treaty happened which ended the First Boer War. However, Pretoria had eventually surrendered to the British during the Second Boer War in 1900. Aside from being the administrative capital, most of the foreign embassies of South Africa are also established in Pretoria. It is also considered as the academic center of the country as the city is home to as many as five universities as of today. In addition, the world’s biggest soccer ball is also located in Pretoria, and it’s where longest urban street in South Africa is located.

Aside from being the judicial capital of South Africa, Bloemfontein is also the capital of one of its provinces, the Free State. The home of the country’s Supreme Court of Appeal started it became a fort for the British army in 1846. After two years, the neighbouring area of this city became the Orange River Sovereignty and eventually, it became the Orange Free State in 1854. It was during this time that Bloemfontein began to bloom because it became the capital. In 1899, the city even hosted a Bloemfontein Conference in an attempt to prevent the Second Boer War but they failed to do so.

Today, Bloemfontein has a small population of over 256,000, and although it is the judicial capital of the whole South Africa, the Constitutional Court of the nation was established in the town of Johannesburg in 1994. Since then, the legal powers of the country was divided between the two cities.